Who Got It Right?

Who Got It Right?

When it comes to the topic of Artificial Intelligence (AI), the world is quite clearly divided into two factions: those who strongly believe that AI is more intelligent than the humans that created it and those who vehemently deny this. There are valid arguments on both sides. When talking of AI a lot of people will bring up mass unemployment, robotics and how they will destroy the Earth. It all gets dramatic when a group of people talk about AI and machines. Be that as it may, a popular question that comes with these is, who is more intelligent than the other, man or machine?

Recently there has been a significant buzz around AI and its ability to replicate human behaviour. The dictionary defines intelligence as the ability of humans to think abstractly and rationally and derive useful actions from it. This is why people can create new things and provide creative services. Not to mention our emotions. However, this is where the artificial intelligence system fails. It cannot think, so it cannot deduce useful actions. But these systems can (even better than humans today) recognize patterns and relationships, distinguish differences, learn and apply rules.

For the real estate industry adoption of this technology has been quite slow. Most of this buzz revolves around losing jobs to machines as opposed to the possibility of losing intellectual superiority. Despite these concerns, some businesses have managed to adapt successfully and gained a competitive advantage. They have utilized this form of technology to appear as cutting edge thought leaders. While certain companies have chosen to ignore this, one might argue that they have lost their competitive advantage within the industry.

It is undeniable that the world is headed towards an era that utilizes technology in everything and those that long adopted its use in their businesses have had a competitive advantage. Real estate is one of the industries that often lags behind in terms of technology. Many real estate professionals have continued to manage their properties and make decisions the way they’ve always done them, even as technology transforms the world around them. And like any true disruption, there should be winners and losers. As time has proven some professionals have gotten it right while others have failed to keep up.

Look at the cellphone industry, Nokia was one of the highly-rated mobile phone brands at some point but failure to adapt to evolving technology (android) it lost its market share. While Samsung, Apple and other brands that were introduced way later in the game are currently winning.

Similar to real estate, those who adopted the use of AI when it was introduced in the space have managed to sustain their business. They have improved their processes and are likely to be here longer than those who chose to ignore the advancement of technology. Those who embrace the ethos of innovation, particularly in the real estate sector while paying attention to outside forces are the ones headed in the right direction. Real estate agents are not the only ones that have to rethink how to manoeuvre the “new industry” but all the professionals within the real estate industry must keep up. Attention is to be allocated towards new technologies, shifts in demographics and behaviour as these will impact jobs, skills and even business models. Unless we really embrace some of these fundamental changes that are happening in our industry that everyone is talking about for instance millennials, the nature of co-working, co-living and demographics and tenant expectations. Unless the industry understands that there is a fundamental paradigm shift in the expectation of the tenant and the process we are likely to face some challenges. We will always own the physical asset but what happens to that asset will be affected. 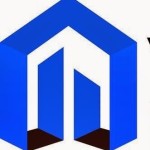